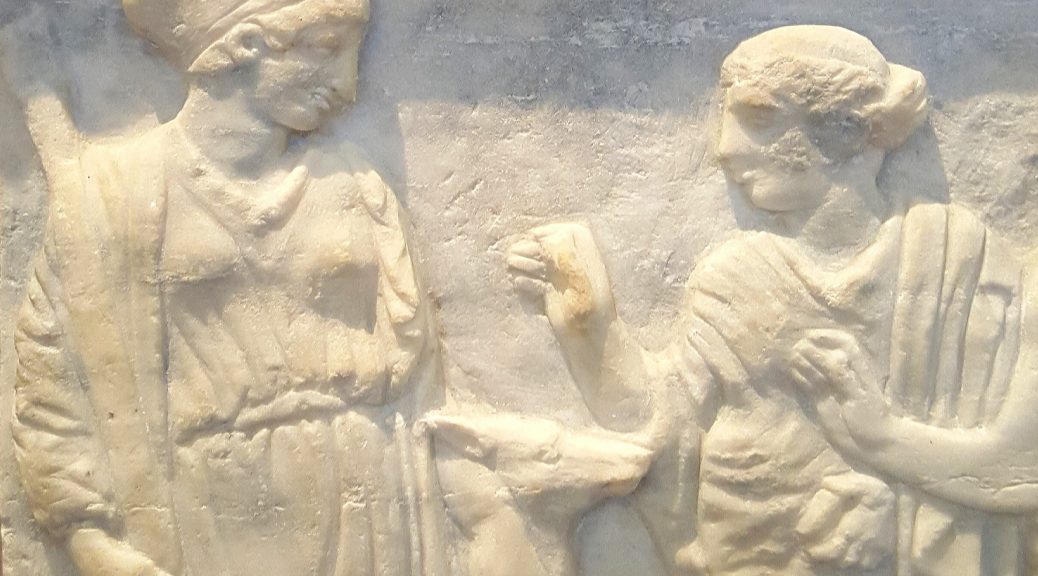 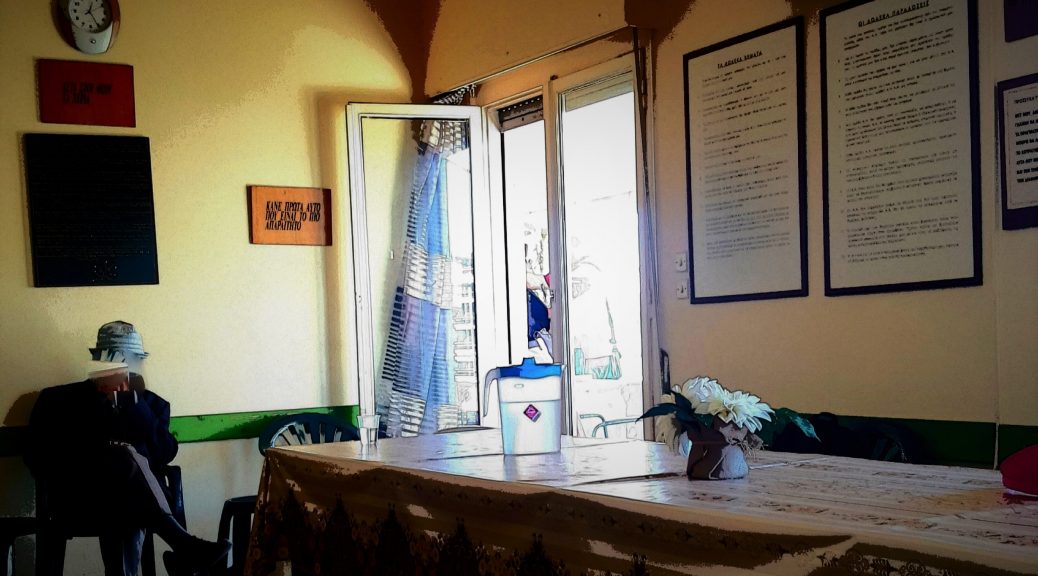 The reader walked up the concrete ramp, sliding her hand along the chipped and smoothed paint of the metal railing, past determined roses and sunflowers on ragged plants that needed to be deadheaded. She stopped to cup one bright beauty in her brown hand and brought it to her nose.

“So sweet,” she whispered to the plant.

Under the awning of the old stone church with its desert pink stucko joints and decorated with long-necked statues of monsters that gave the church its nickname: the Pink Gargoyle Church, she was met by friends on wide wooden benches around the patio. People stood up from conversations to embrace one another in warm, chaste hugs. They looked into each other’s eyes and exchanged the coded banter they had learned in rooms like these, rooms like the one she now entered through glass doors.

She stopped to introduce herself to the grim young man sitting just inside the door, shaking his hand warmly. “Welcome home Sebastian,” she said.

Inside, against a wall decorated with two plain banners—The 12 Steps of SIA, The 12 Traditions of SIA—she sat among more friends, smiling around a fold out table in a circle of thrifted chairs. The meeting began over the quiet clink of metal spoons stirring sugar and the powdered cream into chipped mugs at the coffee pot.

The last bits of chat quieted slowly as the leader said, “Will you please join me in a moment of silence for the still suffering, followed by the Serenity Prayer.”

The quiet came deep, willing, communal. She could feel the flutter of anxiety rise and still as her breath came all the way in, all the way out. She concentrated on the words as she spoke them, trusting the one she said them to, trusting the evidence in the room. Trusting the wisdom and the freedom that they requested in unison.

“We meet to share the experiences we have as survivors of the isms of a society built on dominance: colonialism, racism, binarism, heterosexism, ableism, classism…

“One. We admitted we were powerless over the isms and the effects of growing up in structural violence and that our lives had become unmanageable.

“Two. We came to believe that a power greater than ourselves could restore us to sanity…”

“Nine. We made a list of all persons we had harmed and became willing to make amends to them all…

“Suicide, addiction, harm to ourselves and others, anxiety, depression…

“We lived life from the standpoint of victims…

And then, after the readings, in the familiar format of the meeting, wise, brave, petty, self-pitying, humble, comfortable, familiar, humorous, vulnerable, honest, and sometimes also still in denial, the people spoke for their three minutes, each as their ticket number was pulled and called from an old coffee can.

She looked out the window at the blue sky, at the tree waving in the breeze. She looked at the speakers. She nodded. She smiled. She felt moved. She felt glad it wasn’t her. She felt grateful. She opened her heart. She resisted. She checked out. She checked in. When the Newcomer Sebastian shared, choked with grief, she nodded with the room when he said, something about walking his neighborhood in fear for his life, about “the plundering of black bodies,” and “Black Lives Matter.” The hour gradually passed.

The reader looked up from her folded hands and smiled. Her number had been called.

“My name is Juno and I am a Survivor,” she began.

The reader spread out the cards amidst tinkles of laughter from behind the coolness of her shining veil. She would sometimes widen her eyes for effect, but she really did know things.

She could feel the whiteness of her grin as the golden women who came to her saw themselves laid out by her graceful brown fingers. Laid out on the table. The reader knew power.

The divine feminine was turning her back on the Emperor, the Hierophant, and on all the kings, of fire and armor, of abundance and of blood.

It is time to go, she told them. And this is how.