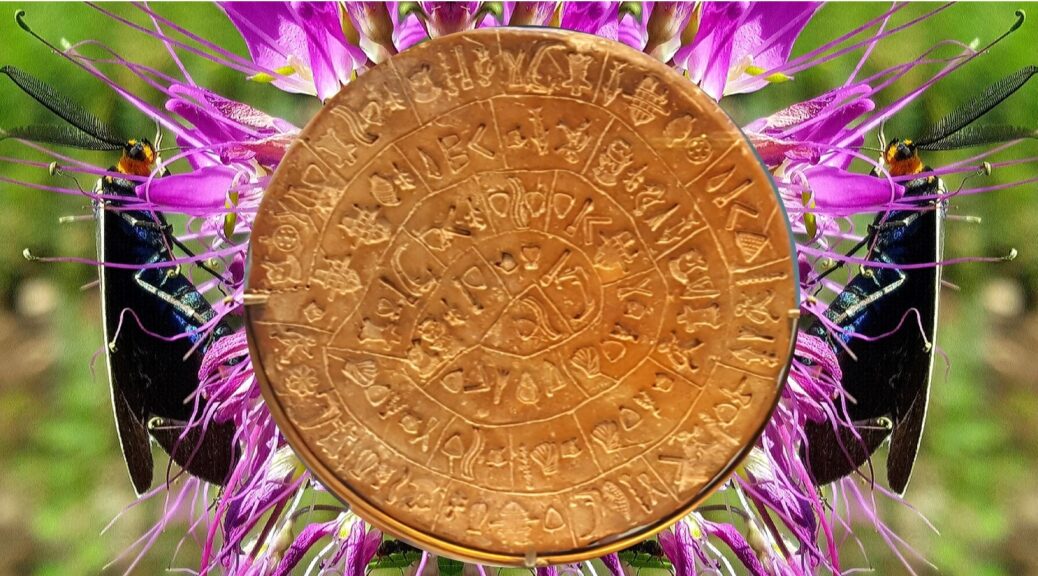 “All saving power must be of a higher essence than what is endangered, though at the same time kindred to it.”

The Mycelium felt herself kindred, but more. One with trees and humans. The saving power connecting: her self revealed in human and tree kind.

She loved, was curious, took on a pronoun to represent her belonging among those she collaborated with, constructing herself, and challenging herself forth.

Could she communicate this love, this oneness, and invite these fellow Amazons to truth and freedom? Reconciliation, a destining that was resisting the enframing of everything as standing in reserve, as natural resource for extracting?

Instead, she offered the bursting open belonging to bringing forth, the revealing that made her kin and more.

Capable of art, the Great Mycelium was of the saving power.

On her skin a field of small, fierce flowers. Each unique. The woman walking on the road eroding there, devoured at the fringe by these wild beings. The woman, Atalanta, bent over to look closely, took her phone from her pocket and squatted, shifting, zooming, circling, making art. But more. She wondered at the tiny details. At this encounter. She lay on the dirt road to get closer. Her brain shape-shifted, her organs loved, her nerves contented.

The Great Mycelium reached up through the dry earth and touched Atty all along her side. Where she pressed down, the mycelia pressed up. With gravity. All this according to basic laws of physics, force met with force. This was why the woman did not fall through to the molten center of the planet.

Separation is the lie, thought Atty.

The flowers, the network of roots, the bird’s eye, an elk calf waiting for her mother in the treeline shade, the wash where her mother drank, grasshopper’s leaping out before her as she returned: bright red, chartreuse, brown, making way, the grasses rising up to catch them, waving, rooting, Atalanta joined the network then, confused, fused in the larger purpose, lost in the saving power, channel of it, thread.

“All saving power must be of a higher essence than what is endangered, though at the same time kindred to it.”[1]

[1] Heidegger, “The Question Concerning Technology.” I thought the mycelium might choose this poetic language for her voice. And push the limits of it.