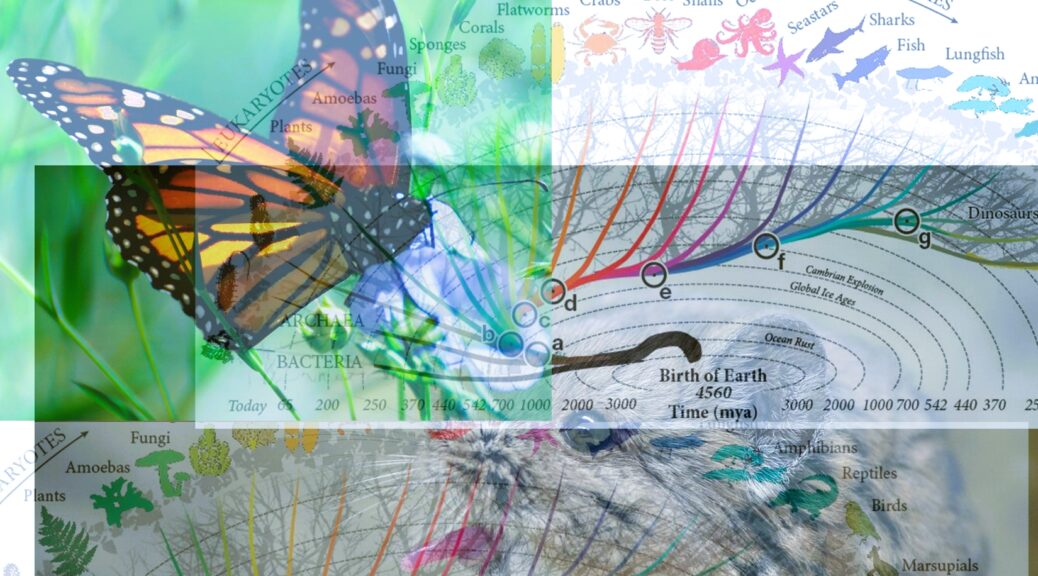 The first time I noticed it was in June 2022, an article in my feed that said our evolutionary trees were incorrect, based as they were on appearances: in fact, we are more closely related to those beings from our geographic location. Elephant shrews more closely related to elephants than to shrews. Because they come from the African continent, along with aardvarks, golden moles and swimming manatees.

And then there was another study showing that monarch butterflies were not dying out, but able to rapidly return under the right conditions. In fact, they were thriving.

In fact, there began to be a lot of great news in my feed. Something was changing. Was it my algorithm? Or was it history?

No doubt, whatever the explanation, I could sense the importance of our work. I could feel it was already working. Somehow.

I mean, it made sense that as we returned, we would bring ecosystems isolated for a millennium back to the planet. Each one would have more in common.

But how was it already happening?

We had returned before we had left.