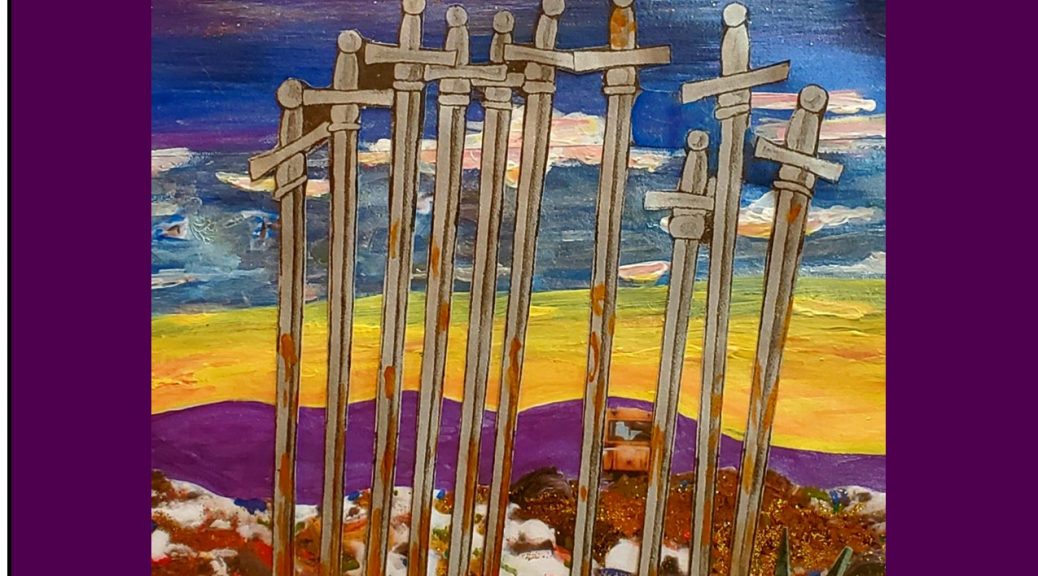 In January 2018, China’s National Sword policy brought the globe into awareness of its waste crisis. Well-intentioned people attempted to quit using plastics. But these measures were no match for a throw away economy where the highest good was too often in conflict with profit. Corporate citizenship had long stunted arguments for social justice and sustainability across all sectors.

A helplessness came over us as we rinsed out our produce bags and refilled them until they frayed and fell apart, landing in the waste basket along with all the plastics we could not avoid. A person could look around her household, or even into her bag and see plastic, plastic, plastic. And a need for more as these fragile items cracked and broke around us.

Companies that had once asked us to put our sorted recyclables into color coded bins on the sidewalks, instead quit collecting glass. Papers were poured into a common bin where they were soaked and polluted with grease and fluids from the other containers. Or paper was bagged in plastic.

Gone were the days when a little girl could smash her dad’s beer cans in an afternoon of cathartic stomping, then take them down to make a bit of cash for a new toy or some candy.

These were just some of the depressing thoughts.

So, when the reader began to speak of garbage, the golden women listened.

For us, it seemed to be a wonderful charitable act that resolved one of the heavy worries we lived with.

A shiny postcard came into our boxes offering garbage and recyclable collection service for a mere $5 a week. And then, as these concerns grew, we began to see all of our waste taken away for free. Bulky, hazardous, green. A fleet of shining, quiet trucks driven by matter of fact, courteous drivers moved in the early mornings through our neighborhoods.

They bought up the landfills too. They encircled them in high fences and, as was their way, quietly stirred dust and gently clattered through the piles.

And, of course there were big corporations and organized crime bosses to negotiate with. But the golden women and their force of close mouthed, diligent drivers and sorters and movers and…whatever else it was they did—well they efficiently addressed the global waste problem.

I am sure it would make an interesting story.

By 2025, we no longer needed to reach into a burlap bag we had bought for bulk oats in order to retrieve a clean produce bag. And frankly, there was a lot more to worry about by then.